In order to reproduce the manipulations described in this article, a Visual Studio 2015 license is required, with BizTalk 2016 developer Tools (feature Pack 2).

Let’s start from a Visual Studio solution that contains a simple BizTalk project. 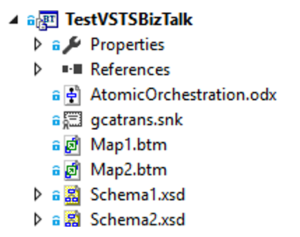 Within the same solution, we will add a BizTalk Server Application project. Compiling this project will provide a deployment package. 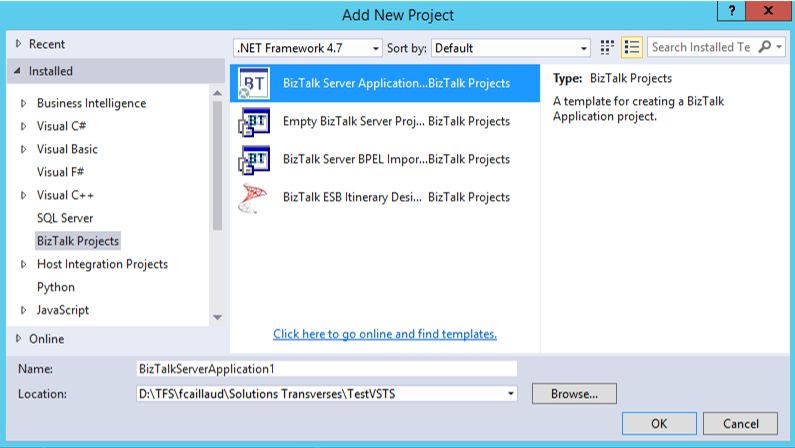 Inside this project, we will find two files, automatically generated:

As for the second file, this is the configuration of the BizTalk application to deploy, also called binding file. We can change the name of this file (don’t forget to change it in BizTalkServerInventory.json as well).

Once these two files are completed according to your expectations, it is important to verify, in the project properties, that the application name matches the wanted BizTalk application name.

After compiling the project, a .zip file is created in the output directory (which is configurable). This file will be our deployment package.