When you are dealing with an API (or an external process), you might want to start it and don’t want or need to wait untill the end of its execution. This is commonly called the Fire & Forget pattern. 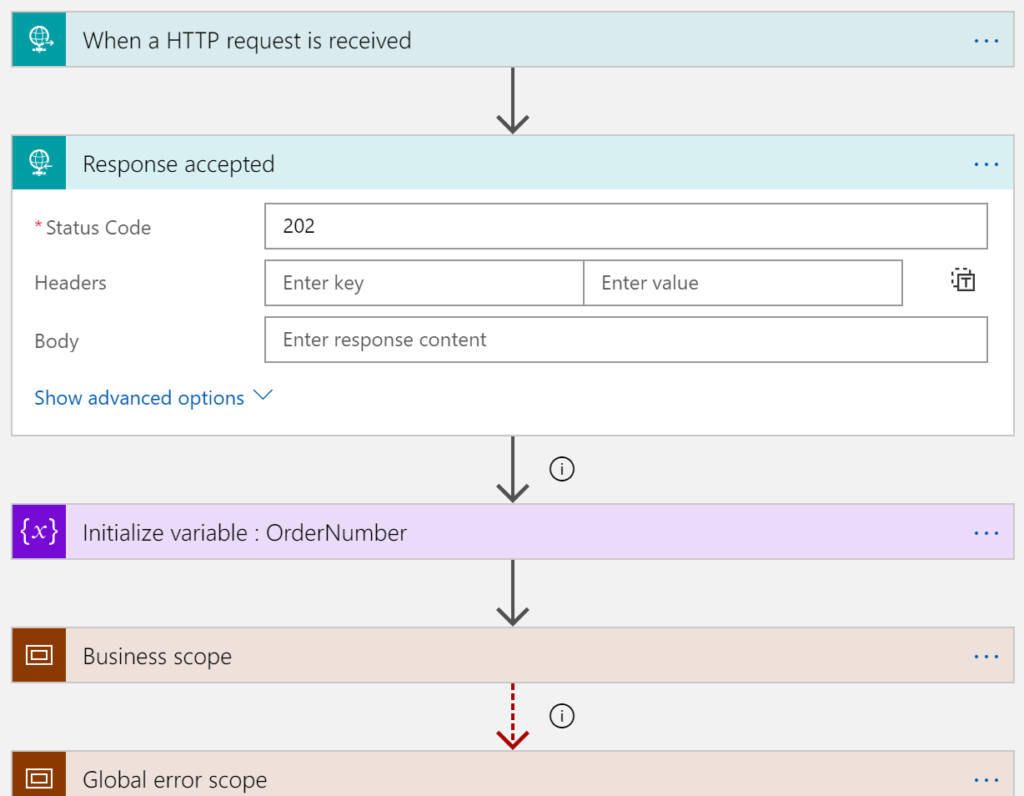 Note that the given response code is 202 which basically means “Accepted”. If a parent logic app call this one as a nested, it will fire the request and get the http accepted status code and both of the logic apps will continue to run. So the caller won’t wait untill the end of the nested one. The fire & forget pattern is easily implemented with Azure Logic Apps.

Now let see how resubmit feature behaves inside the nested logic app. If you do a resubmit action (through the api or through the portal) you will notice that the response action is skipped. 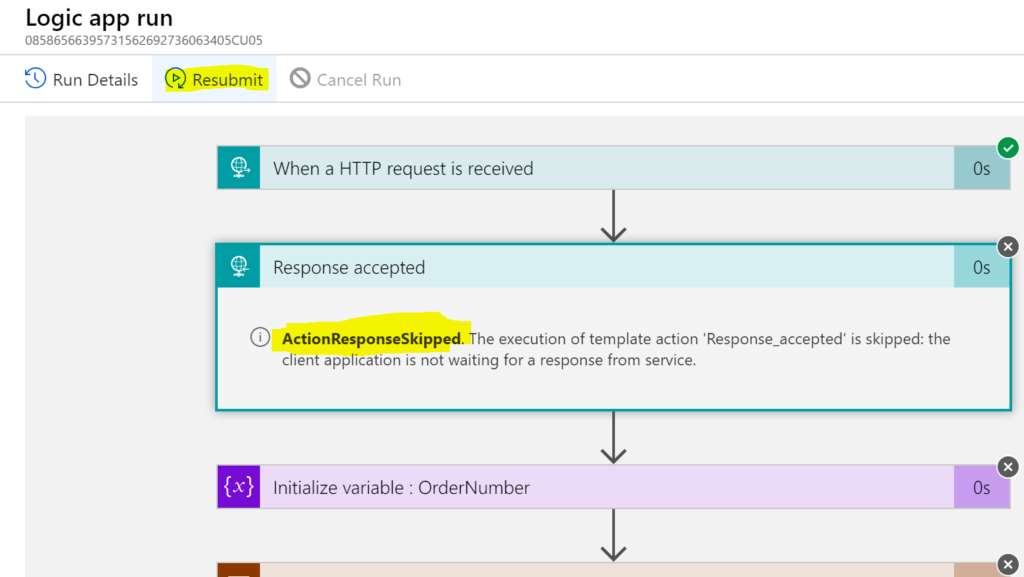 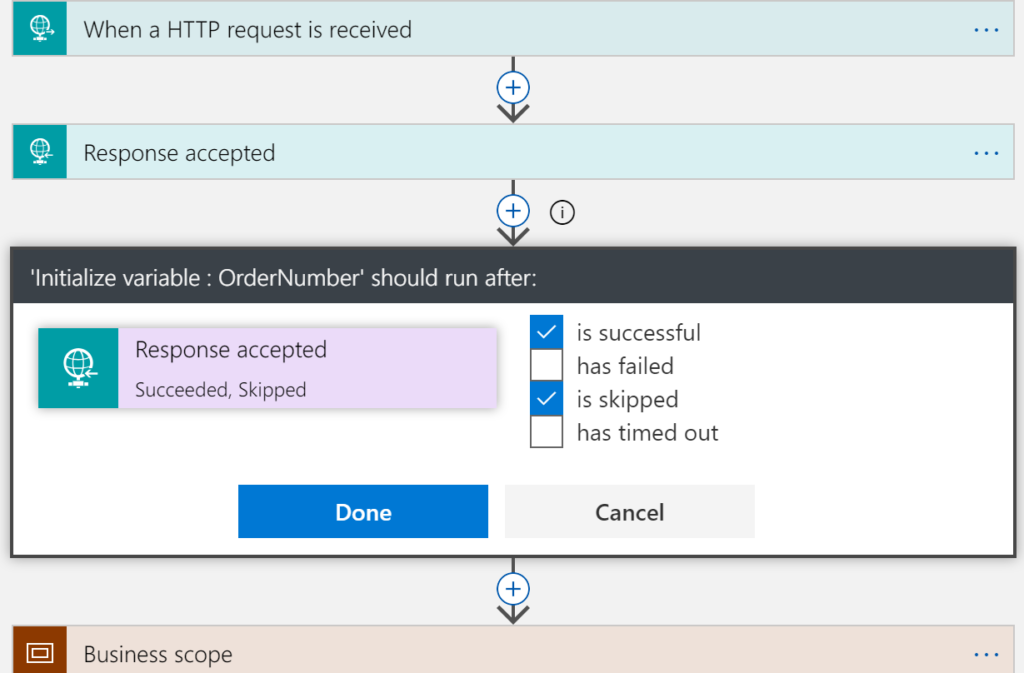 If you resubmit any run of the nested logic app, you will now notice that the response action is skipped, but the following actions not.